Tis the night before Christmas… as my wife and I get ready to sit down for our Christmas eve tradition – a nice romantic dinner, soft lights and a good ‘ol holiday B horror movie – I just wanted to wish everyone a Happy Holidays!!! And if you are wondering this years movie is Black Christmas. 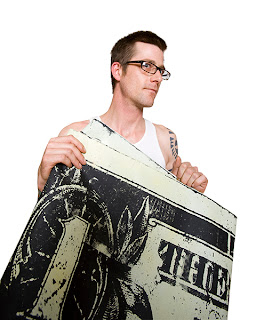 For the last six months I’ve been shooting for Luckystar Gallery’s online magazine “Sattelites”; In January, this collection of photos is moving from cyberspace to Luckystar’s studio. I’m going to be a part of Luckystar’s show called “Monkey Business”, running from January 6th (gallery opening from noon – 4pm) through February 16th. My collection will consist of the photos you’ve seen on Sattelites, and my never before seen collection “Street Music.”
Luckystar Gallery is located at 5407 W. Vliet Street. The phone number is 414-257-4640

This is one photo, of a collection, I did for the Eisner Museum’s 2006 Fall fashion show. This is one of 8 of my photos that were entered in Adworks 99 Show; proudly I received honorable mention for the collection.

It has been two weeks since my sinus surgery. I’ve had the packing removed of my nose, and the three inch long bridge has been removed from inside my nose. And now I can breathe. I’m still not at 100% breathing capacity yet, but I now realize how hard I was working before just to breathe. I have more energy and I actually feel rested when I wake up in the morning. 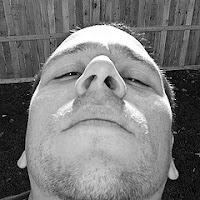 When I went to the doctor seven months ago for a sinus infection, I couldn’t have guessed it would lead to surgery. What I thought was a simple sinus infection proved to be a deviated septum and polyps that allow me to breathe at only 20%. During one of my many visits to the doctor, he also told me that I had broken my nose three times I only remember breaking it twice – both on my BMX.
Attached is the picture of my old nose. As soon as the swelling goes down you’ll have a photo of the new and improved Corey 4.3
Until then,
Happy Thanksgiving

If you find yourself in Wakefield, Rhode Island, make sure you stop in “Argentum” and say hi to Luisa. Not only does she have a great Art O Mat machine, but she’s also hosting my show “17 Days In Europe” from November 9 – February 24. This collection is a mucher larger, more extensive version of my pieces found in Art O Mat machines all over the states.
Argentum is located at 333 Main Street, Suite G in Wakefield, Rhode Island. For directions or more information about the show you can call Luisa at 401-284-2419, or check out the website at Argentumdesigns.com

Below is an update on the new locations of my Art O Mat work.

I love living in the city. (not about the song by Fear)

Today I was reminded why I love living in the city.
As I was on my way home from an early morning photo shoot I was stopped at a red light. I looked across the street and saw a scrap collector pushing his shopping cart. He was wearing dirty, old pants, and an old Brewers shirt that I’m guessing was once white.
While I was sitting at the light I watched him. He parked his cart in the shade of a large building then started doing jumping jacks. After he finished his set of jumping jacks he reached in his shopping cart and pulled out what looked like a railroad tie, about six feet long. He laid on the ground next to it, then slowly started to bench press his railroad tie.
As I drove off, I looked in my rear view mirror and saw him start a set of push ups…
Only in the city.

Okay, okay, I haven’t posted anything in over a month, but for good reasons.

I hit the road and went down to Winston-Salem, N.C. for the Art O Mat 10 year Anniversary Swap meet. It was a blast! I’d like to send a big congratulations to Clark, Julie his wife, Carol and everyone else who put the Art O Mat Swap meet together. I’m looking forward to the 15 year anniversary.

AND… Two weeks ago I came home one night find that one of my computers was making the oddest sound. Instead of worrying about it, I did what most people would do; I went to bed, hoping the computer would fix itself over night. No such luck. I drove to the new Apple store…5 times!!! To make a very long and annoying story short, after two hard drives, two logic boards, and one new processor, I have a new computer. Apple was great about everything and offered me a new computer. 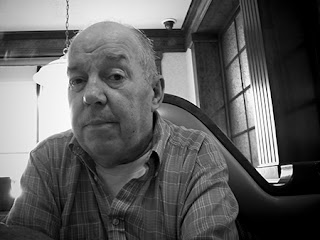