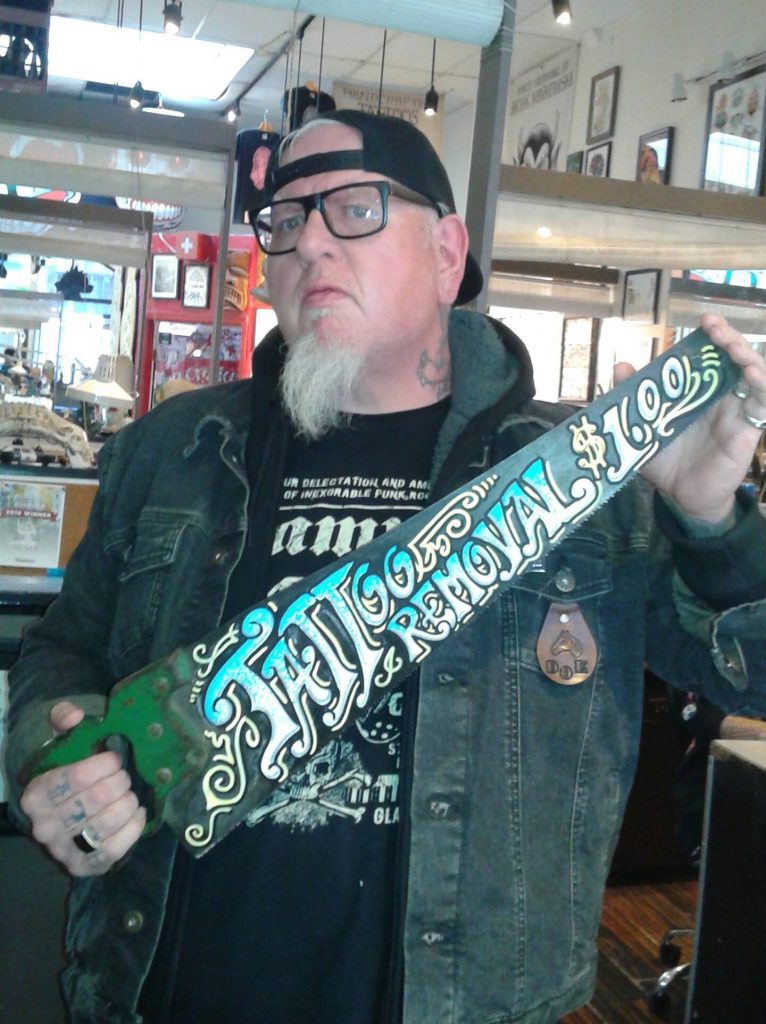 My buddy, Paul Block, just passed away – way too soon.
One of the last conversations we had, in person, was at the Palomino in 2005ish. We were drinking beers and talking about tattoos. I was talking to him about the next tattoo I was getting.
Paul: Who’s doing your next tattoo?
Corey: Jon Reider.
Paul: He’s good shit. What is it?
Corey: BMX handlebars on my chest.
Paul: That’s cool. But you better never go to prision.
Image from Facebook
Tweet
Share